"The preservation and restoration of the historic homes of this city will constitute a treasure the value of which will increase with the passing years."

It all began in 1953. The desire of utility fleet managers for a convention of their own, one that would address the specific needs of their operations, became the mission and vision of Joseph B. Baker, the founder of Baker Equipment Engineering Company, and Jean Y. Ray, the fleet manager at Virginia Electric Power Company (now part of Dominion Power), who hosted the first "Public Utility Fleet Managers Conference" at the Tides Inn in Irvington, Virginia. While the conference did not officially change its name to the Electric Utility Fleet Managers Conference until 1964, EUFMC was born.

It was at that first meeting that the attendees decided to gather annually, and to move the event to Colonial Williamsburg. There they found ample space for manufacturers to demonstrate equipment and at the Williamsburg Lodge, a first class facility for information sessions and social gatherings. EUFMC now had what would become its permanent home.

In its early years, EUFMC was truly a "public utility" conference. Its membership included fleet managers from electric, telephone and gas utilities, among others. By the early 1960s, its founders had redefined the focus of the conference, centering more on electric utility issues.

Since 1951, when the first meetings to plan the inaugural EUFMC in 1953 took place, 33 fleet managers from operations across the United States have served as president of the conference.

EUFMC quickly became a must attend event and invitations were sought after by fleet managers and manufacturers alike. To attend the conference in its early years, utility and supplier representatives had to be invited.

The tradition of ensuring a high quality group of attendees at EUFMC continued as the conference grew from a local and regional event into one that is national and international in scope.

Today, vendors are still invited to attend the conference. Fleet managers from investor-owned electric utilities are joined by their peers from electric cooperatives, and electrical contractors.

"I have been attending EUFMC for 58 years. The conference has always been about attaining knowledge from fellow attendees that you could not get anywhere else. Vendors and utility representatives come here with knowledge of products and what works in their operations. I don't think there is another conference in the country where the contacts and knowledge gained by utility people and vendors can be surpassed."

"Some things never change and that's a good thing about EUFMC. At the conference, fleet managers were concerned about how to save maintenance costs, and we were very interested in new technologies, such as electric, natural gas and light-duty diesel trucks. EUFMC has always been a great conference where we could learn about fleet ideas and make more effective decisions."

Decade-by-decade EUFMC has served the changing needs of utility fleets and addressed the continuing advent of new technologies. Conference programs listing topics of discussions across the years tell the story:

After 60 years of educating fleet professionals, EUFMC continues to offer timely and relevant presentations by industry experts, manufacturers and fleets. In recent years and in 2013, the conference program has covered the latest vehicle, equipment and shop technologies, and regulatory, operations, purchasing and specification, inspection and maintenance, and other fleet management topics. Presentation topics at recent conferences have included:

"As a fleet manager on the west coast, I regularly read about the invitation-only fleet managers' conference held in Williamsburg each year. After ten years as a fleet manager, I received an invitation to attend and was thrilled as could be. All the larger and more innovative utilities seemed to be in attendance each year and I was excited to finally meet some of the movers and shakers who were often highlighted in the trade journals. The attendance, organization and cutting edge presentations and activities were everything I had anticipated." 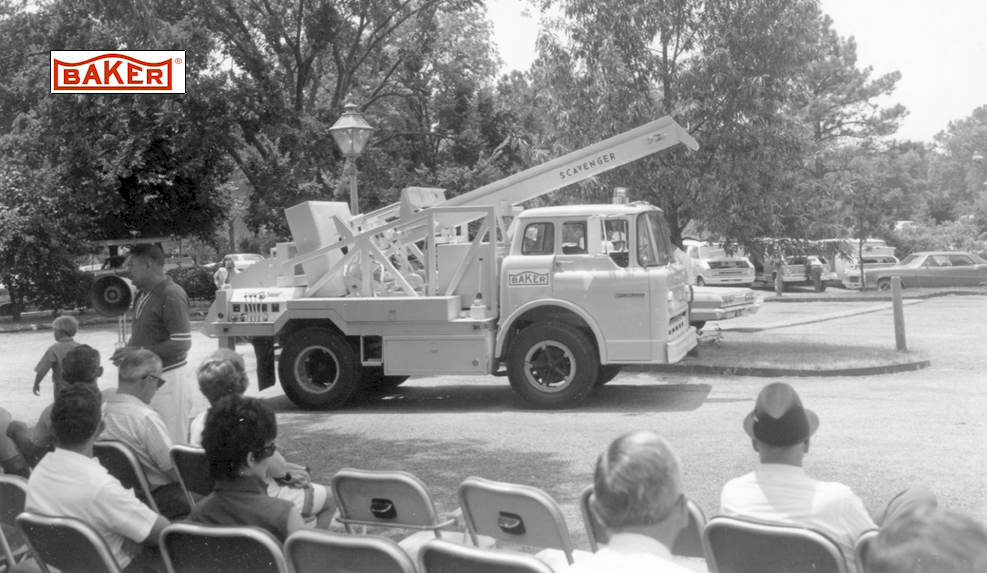 Over the years, EUFMC has grown. In 1961, 28 fleet managers and about 25 suppliers attended. By the early 1970s, attendance had expanded to include roughly 35 to 40 fleets and an equal number of suppliers. In the 1990's, attendance figures showed about 60 fleets and the same number of supplier were on hand. Today, EUFMC hosts 100 fleets managers and over 250 representatives from more than 95 manufacturers and service providers.

Traditionally, EUFMC has been the time and place for manufacturers to showcase new products and services for electric utility fleets. As vendor support for the conference grew so did the venues it used.

"About 45 years ago when I first started attending EUFMC the event was less organized, and of course it was much smaller. There were also special needs to be met. For example, we had to use ramps to get equipment over curbs safely, and in front of the golf course we often removed and replanted shrubs, and even trimmed trees so aerials could be put in the air."

"While some of the original manufacturers at EUFMC are no longer in business, there has always been an effort by suppliers to bring engineers to the show, people who can talk to fleets, listen to their suggestions and solve problems. That's one reason it was always desirable to be invited. It's an original concept that still stands because it's a good one."

"The quality of the people who attend EUFMC has always been great, and that includes the way the conference involves spouses. Having your family there made it more like a working vacation, and that was enjoyable. It has also led to many personal relationships with people who are our friends to this day."

Many industry conferences and equipment exhibitions have come and gone over the last 60 years, but the Electric Utility Fleet Manager's Conference has continued and been successful because it has not lost sight of its original mission - to bring together decision makers from both sides of the partnership between fleets and manufacturers.

Today the economy and industry mergers and acquisitions challenge electric utility fleets in new ways. Fleet managers are dealing with a wider range of issues, making the role of EUFMC even more valuable.

"EUFMC is a close knit group that accomplishes a lot in a short amount of time. It was always a pleasure to work with other fleet managers. The bottom line is that this was a good organization and it still is."

For many long-time attendees, EUFMC is known as "the Williamsburg Show." After 60 years, the event is well established in the nation's most famous Colonial Capital.

Williamsburg, Virginia was founded in 1699. In 1693, the College of William and Mary was established there as a center of learning. It has also been a place of innovation and at the center of history. Located in Williamsburg is the first hospital in America for the care and treatment of mental illness, and it was there in 1781 that General George Washington assembled the Continental Army for the siege of Yorktown and the winning of American independence. It was also in Williamsburg, in the early part of the 20th Century, that Dr. Goodwin persuaded philanthropist John D. Rockefeller Jr. to finance the restoration of Virginia's colonial capital to its 18th Century grandeur.

Those examples of visionary thinking are what make up the fabric of Colonial Williamsburg. A vision also led the founders of the Electric Utility Fleet Managers Conference to establish an annual tradition that has stood the test time for six decades, and in its own way constitutes a "treasure the value of which will increase with the passing years."

"It's hard to imagine that any group can stick to its founding principles after so long. But this group of industry professionals seems to be endowed with a healthy 1950s work ethic of "an honest day's pay for an honest day worked." Yes it has grown significantly, and the topics of conference discussions have changed with evolving technology and work practices, but the groups' fundamental reason for assembling in the Colonial Capital year after year hasn't. Fleet managers come to Williamsburg to learn and share." 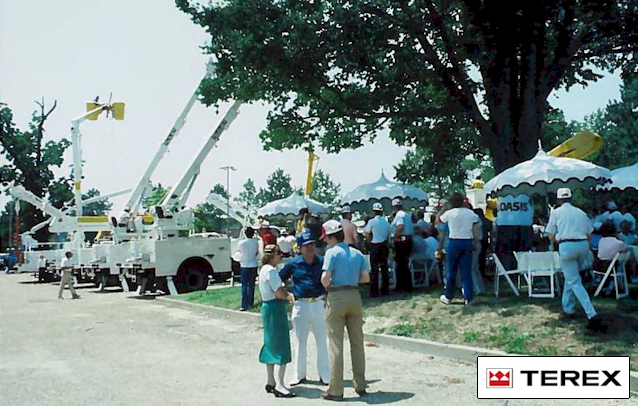 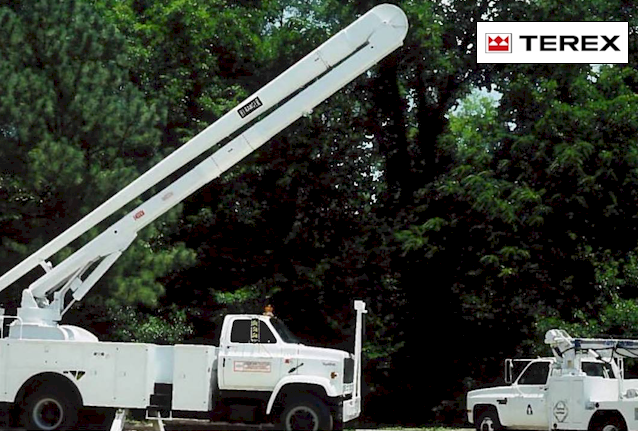 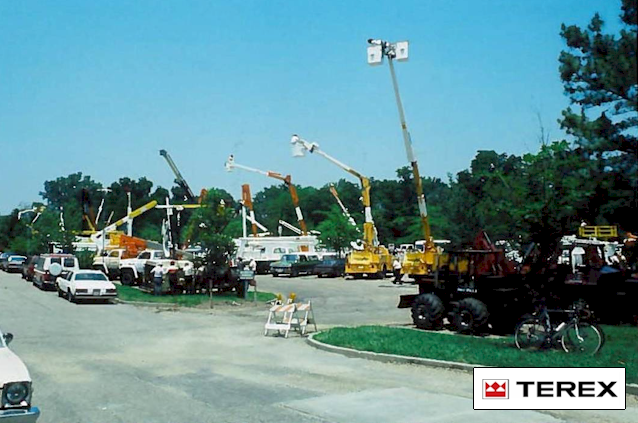 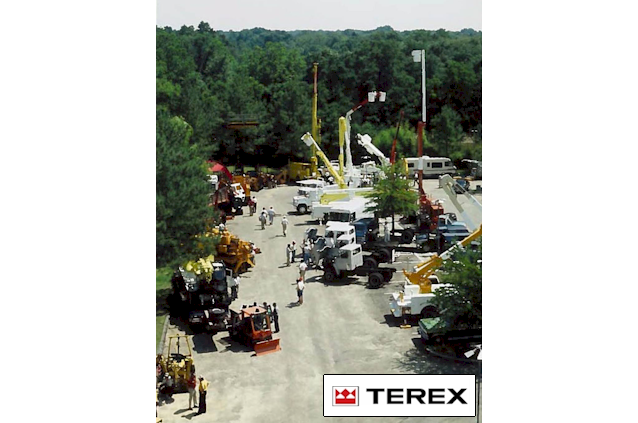